When Will Bleeding After a Tooth Extraction Stop 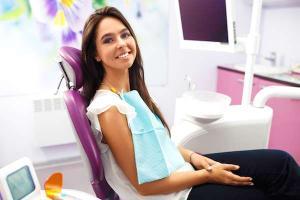 For patients who have been suffering from a damaged or infected tooth, finally getting the tooth extracted can feel like a relief. However, bleeding after a tooth extraction can be worrisome and inconvenient. Before a patient undergoes a tooth extraction, it can be helpful to know what to expect in terms of bleeding.

When bleeding typically stops after extraction

After a tooth is extracted, a dentist or oral surgeon gives the patient gauze to gently bite down on. The gauze helps to absorb blood, and the pressure encourages a blood clot to form. Usually, the patient can take out the gauze three to four hours after the tooth extraction. By this point, a clot should have formed, stopping almost all bleeding.

Some patients become concerned after seeing what looks like a large amount of blood immediately after the extraction. However, blood mixed with saliva often makes it look like the extraction site is bleeding much more than it actually is.

In some cases, residual bleeding may continue up to 24 hours after the extraction. Seeing a small amount of blood periodically appear is normal. If excessive bleeding continues, a patient should reach out to the dentist as soon as possible.

Tips to prevent bleeding from reoccurring

Do not smoke or use tobacco

Smoking can also dislodge a newly formed blood clot. In fact, smoking is one of the most significant risk factors for developing dry socket: A 2011 study published in The Open Dentistry Journal found that 12% of patients who smoked developed dry socket after an extraction (compared to only 4% of non-smokers). Patients should also avoid smokeless tobacco, as certain chemicals found in tobacco products can delay healing.

Check out what others are saying about our dental services on Yelp: Tooth Extraction in Miami, FL.

In some cases, bacterial buildup can cause the blood clot to break down. Patients should make sure to keep their mouths clean after a tooth extraction. Some dentists and oral surgeons will prescribe a medicated mouthwash to use for a day or so. Usually, gentle brushing is safe, but a patient's dentist may have specific instructions depending on the type of extraction.

The extraction site is likely to be painful for a few days. Soft foods are often easy to eat. However, patients should avoid soup, as sucking on the broth may pull out the blood clot. Crunchy or sticky foods should also be avoided, as they may become stuck in the extraction site.

A tooth extraction can be daunting, but by knowing what to expect, a patient can be prepared for a smooth recovery. Dentists and oral surgeons can talk patients through what they need to do to stop bleeding as soon as possible.

Telehealth: The Advantages of Telemedicine

Struggles to get to the clinic? Trying to reduce your exposure to COVID-19, as well as other contagious illnesses, and still need to see your doctor? Telehealth is safe and easy — receive quality care from anywhere.

Tips to Avoid Pain From Your Clear Aligners

If you are getting clear aligners, you might be wondering what you can do to avoid the pain. Remember that any time your mouth is adjusted, there can be discomfort and pain.

Why You Should Avoid the ER for Emergency Dental Care

Patients who are dealing with severe dental issues may think they should go to the ER for emergency dental care. This, however, is often ill-advised, as it may not be helpful in providing the proper treatments needed and can result in other problems...

There are some cases where a stained or chipped tooth can be fixed with dental bonding or contouring. While these issues can be more severe and so require a different solution, something like an uneven edge or unsightly spot can often be treated...

When to Get Your Denture Repaired

For patients missing several teeth, a denture can lead to a sense of normalcy. However, these dental replacements do sometimes need repair, and they often seem to break or malfunction at the most inconvenient of times.

For anyone with damaged implants, it is important to know dental implant restoration is possible. While some issues may seem ignorable, no one should continue to wear damaged implants. Doing so can cause additional trauma and more severe health concerns.